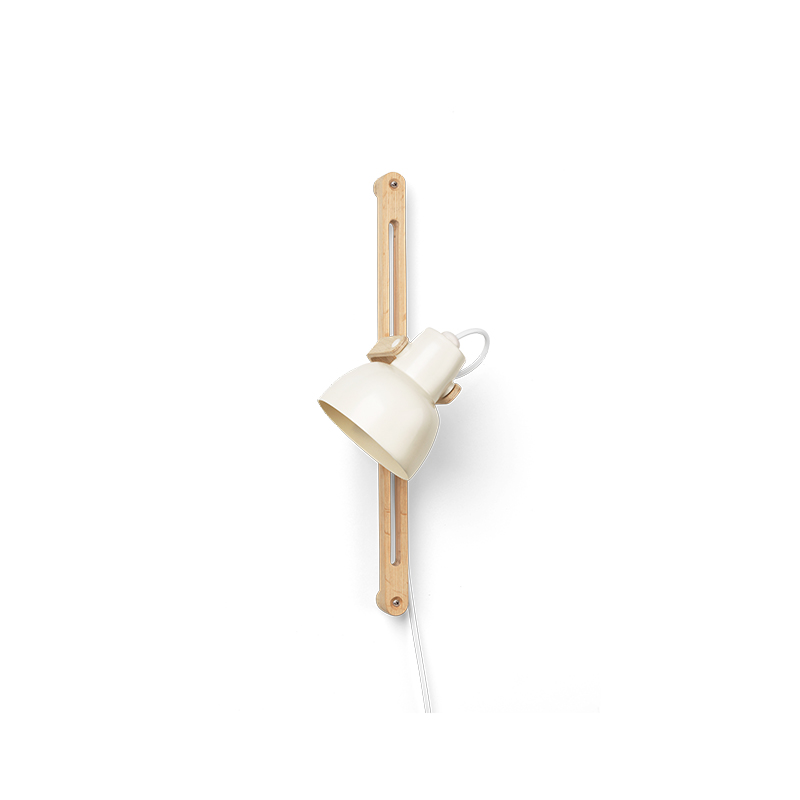 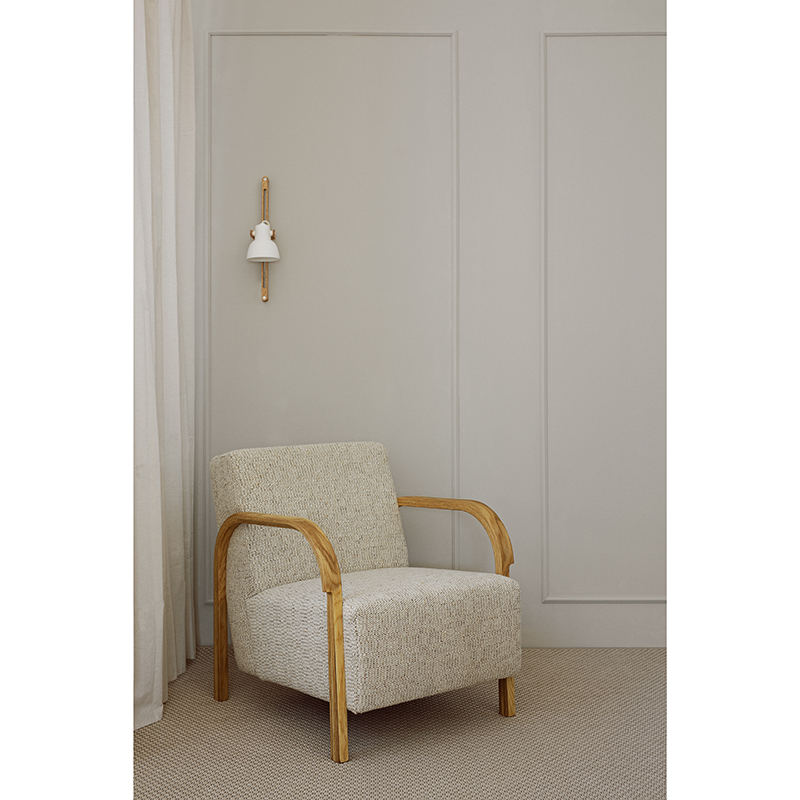 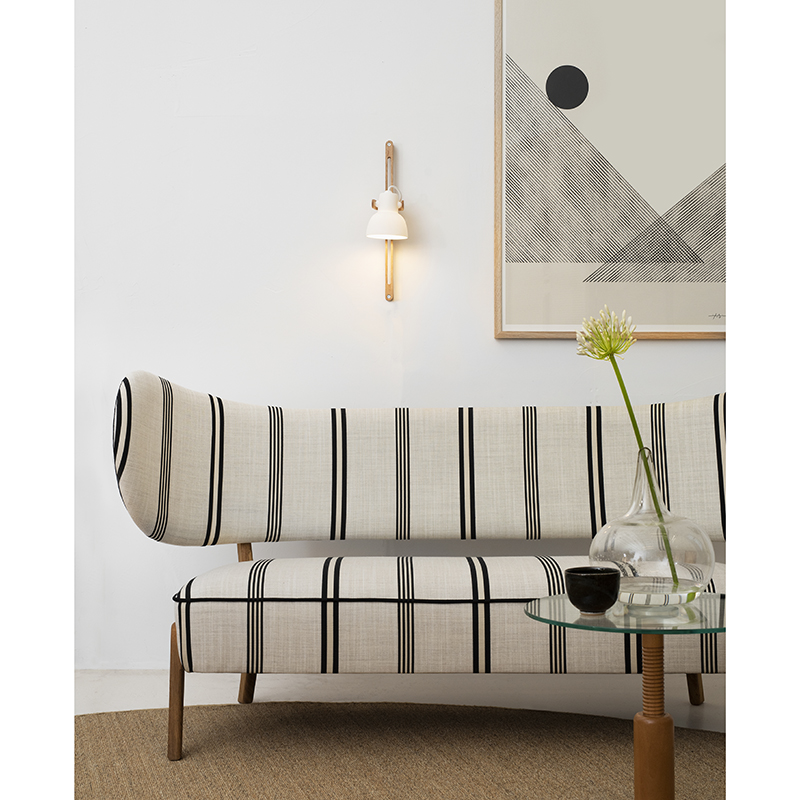 Snorre Læssøe Stephensen’s path into the world of clay and porcelain started with a playful collaboration with his Father, designer, and architect Magnus Læssøe Stephensen. Soon, though, it was Snorre Læssøe Stephensen who was creating designs for Royal Copenhagen, and later became the leader of the unique item's line of the Royal Danish Academy of Arts, whilst he continued to carry out his innovative ideas in his own brand.

A design that once again reveals the twofold beauty of the porcelain, shielding the eye and yet letting the light emerge through the crisp bone china. Partnering with the curved wooden bracket the lamp’s “no fuss” form allows the material to appeal to our senses. 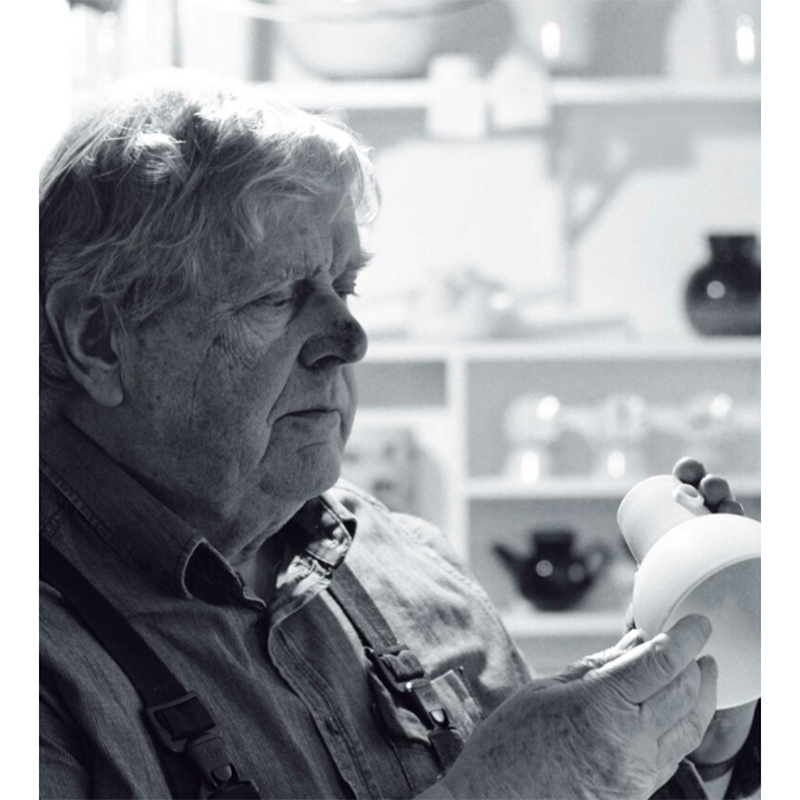 Porcelain and clay has been Snorre Læssøe Stephensen’s passion for more than half a century, and his techniques and inspiration reach back thousands of years to the ancient Japanese ceramic tradition. Nevertheless, his design is categorically modern with a strong character, whilst remaining simple and delicate. In Snorre Læssøe Stephensen’s design the paradox of porcelain is accentuated: both fragile and robust.