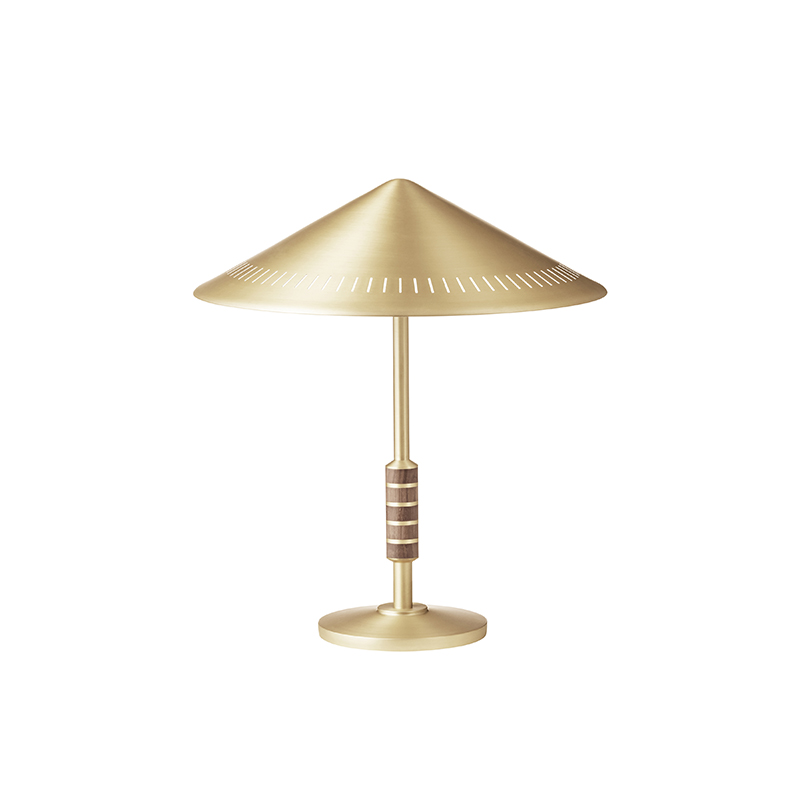 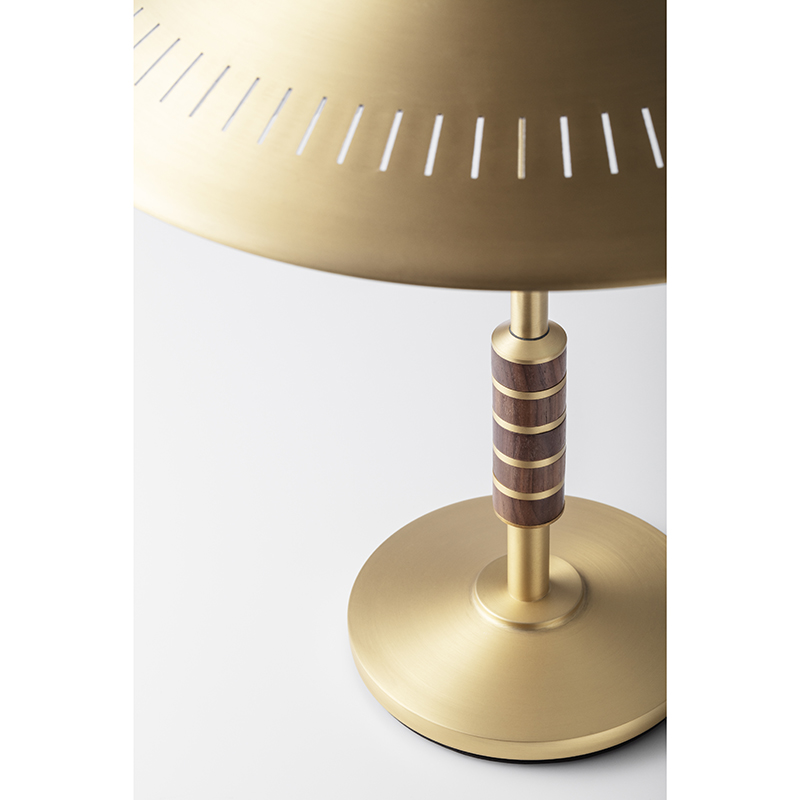 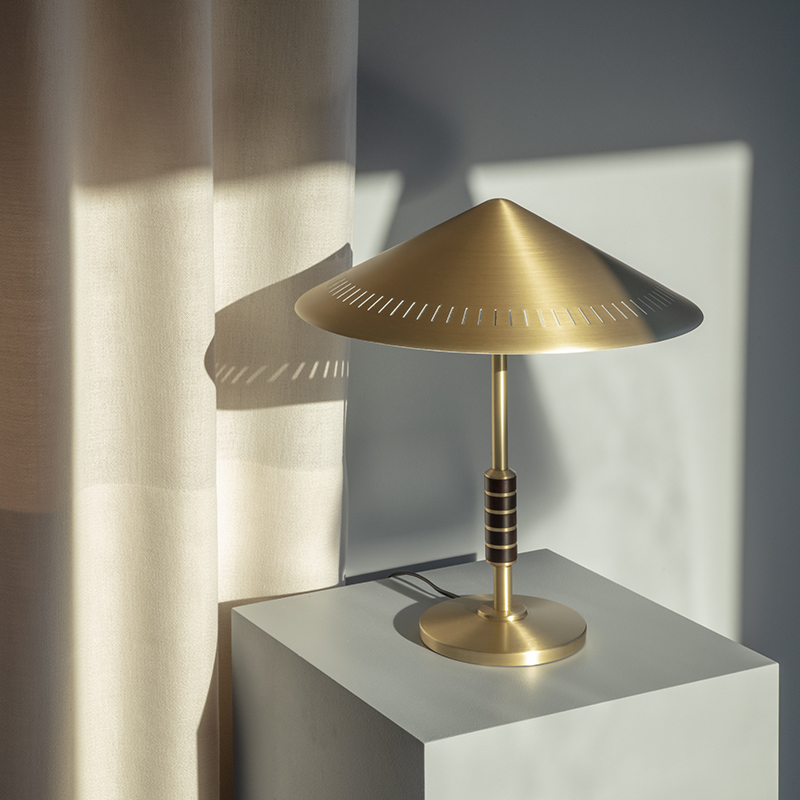 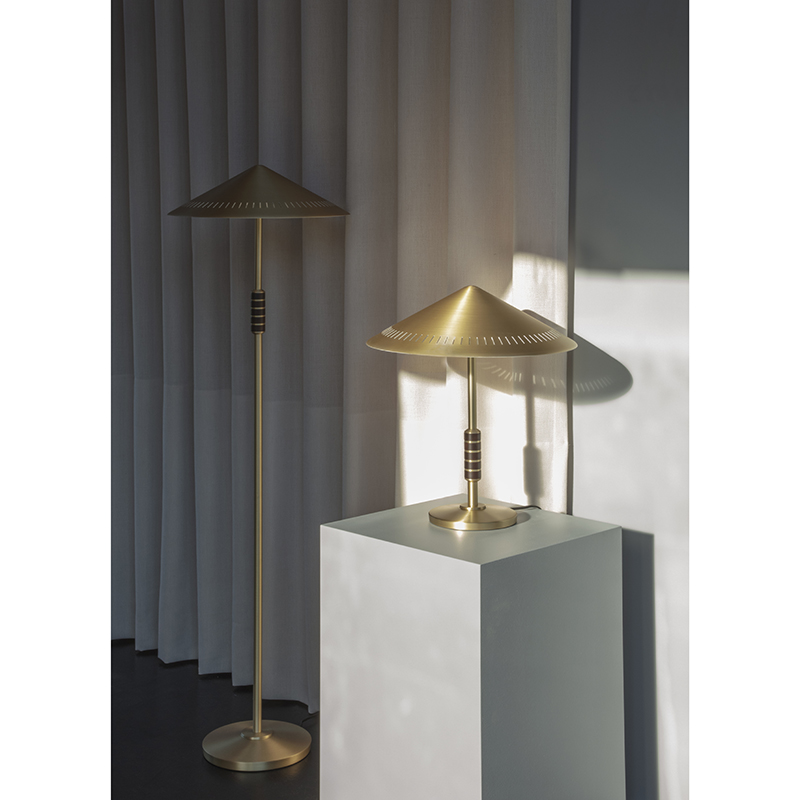 GOVERNOR TABLE is a sophisticated mid-century table lamp crafted from solid brass and walnut. It provides a pleasant, functional downlight and warm, decorative illumination through the perforated brass shade. Architect, Bent Karlby led the team behind this 1956 design.

GOVERNOR is available as a table lamp and as a classic upright floor lamp with an easy-to-reach switch on its base. The shade, stem, and base are all made from matt brass, adding a luxurious solid feel to the lamp. The beautiful decorative handle is crafted from walnut with brass inlays.

GOVERNOR emits a functional and glare-free downlight from its two light sources. The perforated shade allows glimmers of decorative light to escape, while subtly illuminating the brass surface when the light is on. Combined with its warm materials, GOVERNOR truly creates a cozy atmosphere in the room. 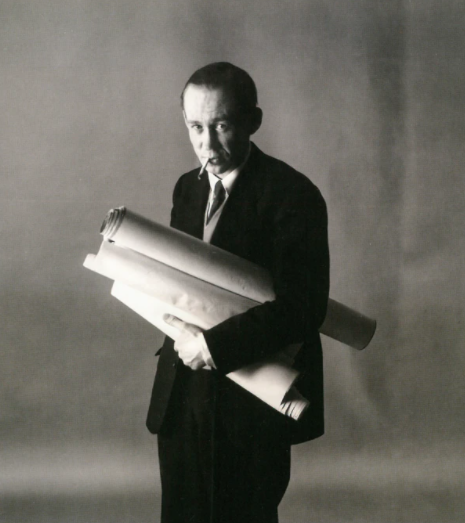 Bent Karlby is widely regarded today as one of Denmark’s most productive and versatile lighting designers of the 20th century. He started his collaboration with LYFA in the 1940s, which was a partnership that would last nearly four decades. Bent Karlby is known for his soft light, organic shapes and hallmark peepholes. During his career, Karlby moved more towards pure geometric shapes such as the cone, cylinder and arc along with playful colours. Unlike many of his contemporaries, Bent Karlby never employed staff in his studio. He wanted things done his way and was known for his uncompromising work ethics.

Among his most famous works are the Peanut, China, Japan, Mosaik, Ninotchka, Barcelona and Pan pendants, the Ergo table lamp as well as the Peacock, Quadrille, Pan and Gothic wall lamps.