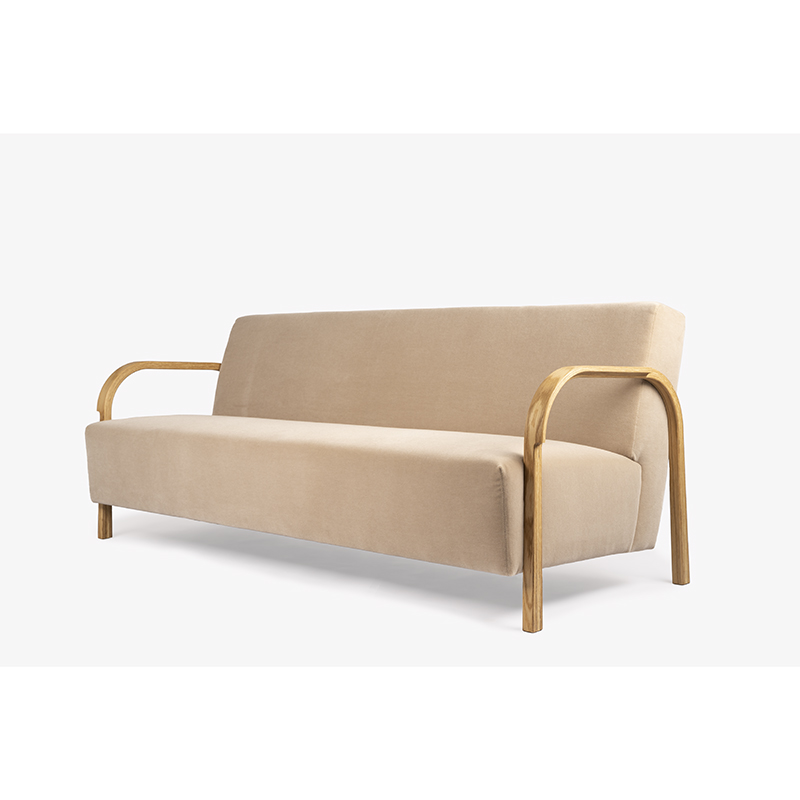 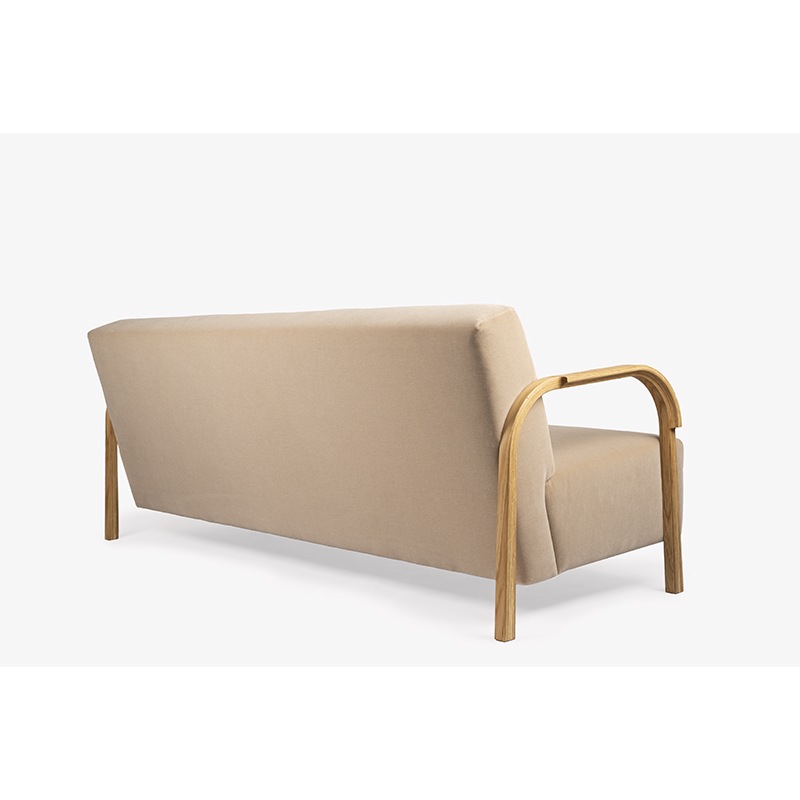 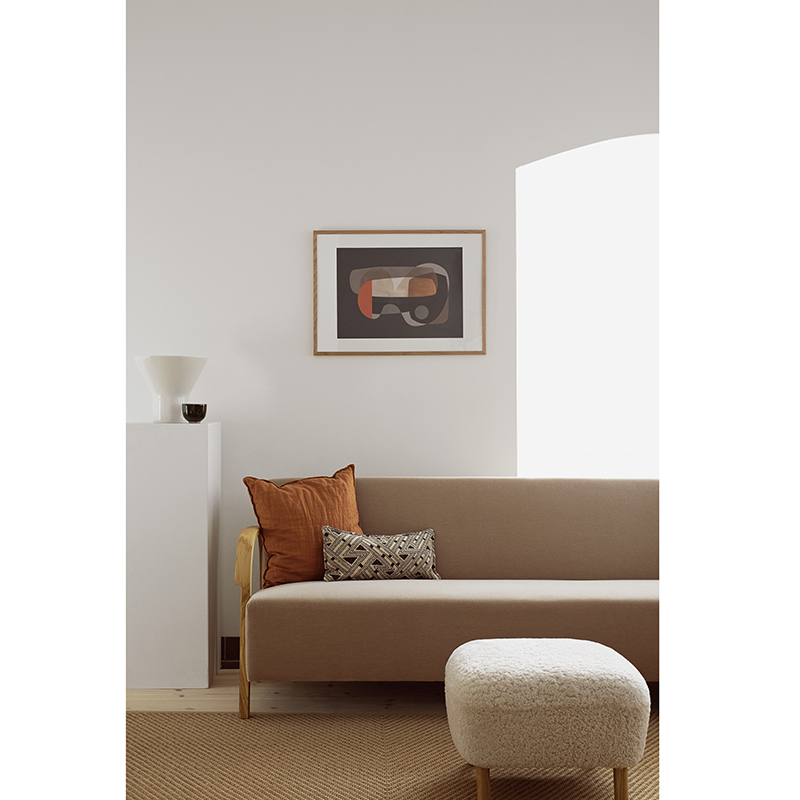 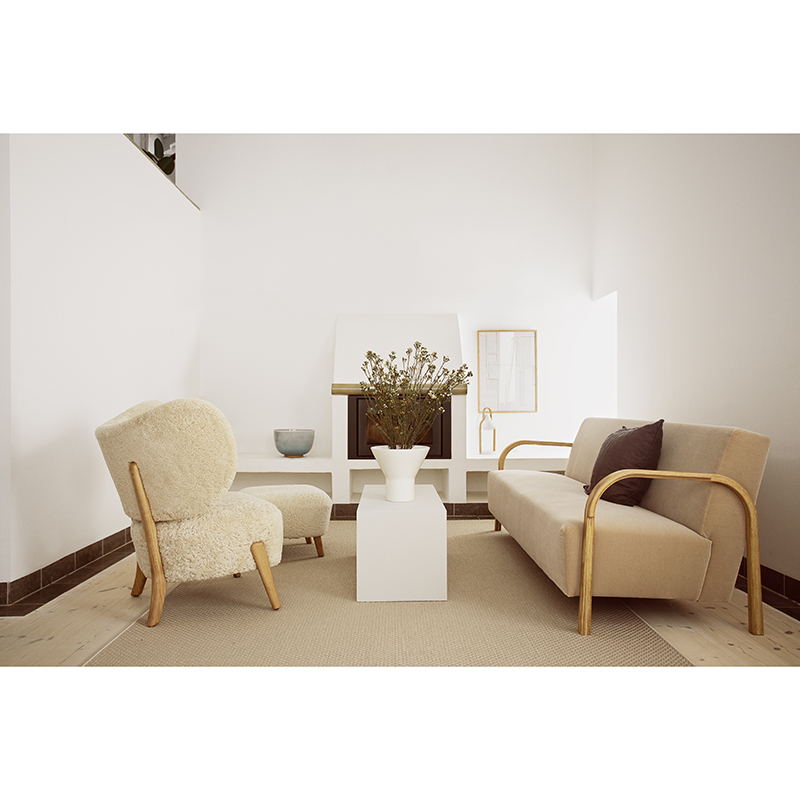 With the new ARCH collection, mazo forges new paths with their forward-looking modernism. The series is a tribute to the renowned Danish designer and Architect Magnus Læssøe Stephensen (1903-1984).  ARCH originates from a basic study of forms and embodies a mixture of lightness and weight as contrasts in discreet interaction with each other; straight sculptural lines are flanked by the curves of the armrest, an embodiment of the ‘midcentury’ functionalism.

Available as a 2 seater and a 3 seater sofa. 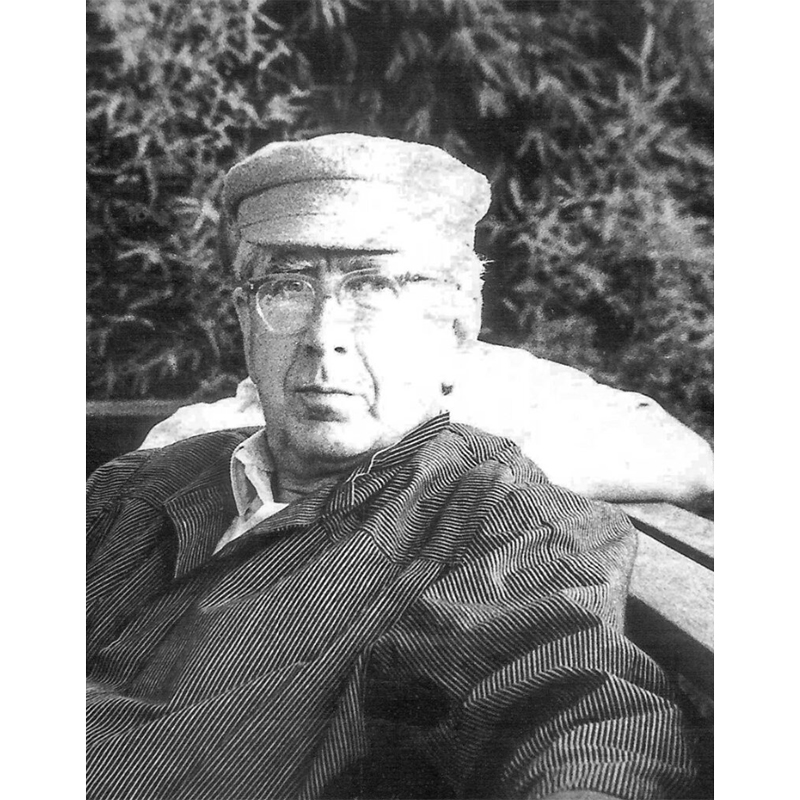 It was not meant as a compliment when old cabinetmakers called the young architect Magnus Læssøe Stephensen “a revolutionary”. But in a sense they were right. His curating of the important Annual Guild Exhibition was one of the starting points of the “revolution”, which later came to be known as the Golden Age of Danish Design. As curator, Magnus Læssøe Stephensen banned the usual bourgeois polished mahogany drawing room interior from the exhibition. Instead he demanded that the cabinetmaker should cooperate with architects to present a vision of an entire interior for a two bedroom flat, like those most ordinary people were moving into! Bang!

A new democratic mind-set, suggesting that design was about improving people’s lives, and a mind-set that resulted in an unpretentious aesthetic, where function and respect for craftsmanship is central. This aesthetic has since become synonymous with Nordic design.